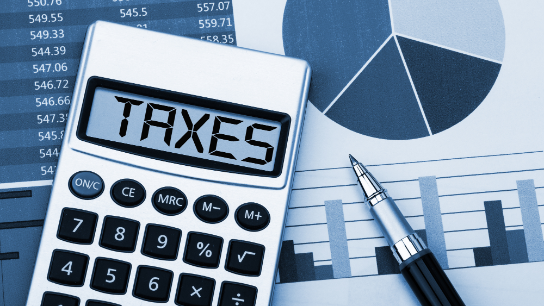 Corporate directors have a responsibility to ensure their companies comply with all laws and regulations while obtaining excellent financial and operating performance. One of the dilemmas directors face is determining where the line is drawn between legal tax planning and illegal tax evasion. This is not a clear line. Accountants, lawyers, and tax authorities are battling this out in Canadian courts. Courts deal with complex structures arranged to avoid taxes and decide whether it is legitimate tax planning (tax avoidance) or illegal (tax evasion). When there is a public outcry, these matters end up in the hand of lawmakers who pass new legislation to clarify where the line should be drawn.

This matter is one of the core issues in the Paradise Papers. Documents obtained by a hacker of a Bermuda law firm indicate Canadian companies and individuals have moved money out of the reach of the Canada Revenue Agency by using offshore trusts.

The Paradise Papers raise the issue of compliance with regulation and ethical business practices. I had the opportunity to discuss the matter with CPA Bermuda members when I was delivering courses there on Improving Corporate Governance and Internal Control. I wanted to get their take on the issues reported by the press.

They also felt the media was mixing up perception and reality – that perfectly legal activity was being lumped in with illegal activity and was assumed to be wrong.

Bermuda has a different system of taxation than other jurisdictions. They don’t tax corporations but instead collect property tax, consumption tax, and payroll tax. Their system is simpler and tax collection is easier. Therefore, many Bermudians don’t see themselves as a tax haven, and they certainly don’t see themselves as a place that safeguards illegal activity. In fact, just as Canada does, Bermuda has many provisions in place to ensure that they are only supporting legal activities:

The European Union is considering placing sanctions against Bermuda. Would putting Bermuda on a blacklist as a tax haven help in stamping out fraud and the flow of illegal funds?

One retired senior CPA member told me that corporate directors have a responsibility to reduce the corporation’s tax. If they did not use every legal tax minimization strategy, they could be sued for not acting in the best interest of the company.

So, what can Canadian corporate directors do about tax avoidance and tax evasion?

Once Canadian Corporations disclose their values, lawmakers must clearly distinguish the difference between legitimate tax planning and tax evasion. There should be a definite line between the two that can then be enforced. Whether something is legal or illegal is ultimately decided by our courts. If our laws are unclear or allow broad interpretation, this dilemma will continue and many corporations will find themselves in unclear situations. Without this distinction, the onus to create and follow an ethical and moral compass is left on each individual corporation.

We can all agree that illegal activity needs to be prevented. Let’s strengthen our laws and regulations to fight against these activities. These actions take us away from the good governance that has evolved to give us the prosperity we enjoy. Then we can use our own moral compasses and “do the right thing”.

Finally, corporate directors must challenge their CEOs to explain how they see tax avoidance vs tax evasion and be proactive in taking a clear position on compliance. Perhaps Canadian industry associations can take on this question and debate and decide what is an acceptable practice and what is considered unethical.

Improving Governance in the Corporate Sector