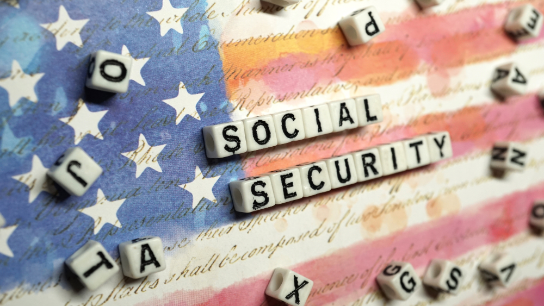 Living to 100 on Savings, Social Security and Medicare/Medicaid

Rising longevity is a major financial issue because late in life there’s an 80% chance that one or both spouses could be in assisted living, skilled nursing, or memory care for years. According to Investing in (and for) Our Future  published by the World Economic Forum, the average retiree in the US will outlive their savings in less than 10 years, and it’s worse in other countries, especially Japan,

How will baby boomers pay for many years of retirement

The retirement savings gap is global, representing a $70 trillion time bomb. The average retiree can expect to rely on social welfare and Social Security for most of their retirement years, but if it weren’t for the risk of getting seriously ill, many of us could be confident that our money would serve us for a lifetime even if we live to be 100.

We start with an estimate of what it costs for just the basics in America. 9 Retirement Expenses Every Senior Should Plan For reports that average expenses in retirement are currently about $42,000 per year, excluding one big unknowable – long-term care. 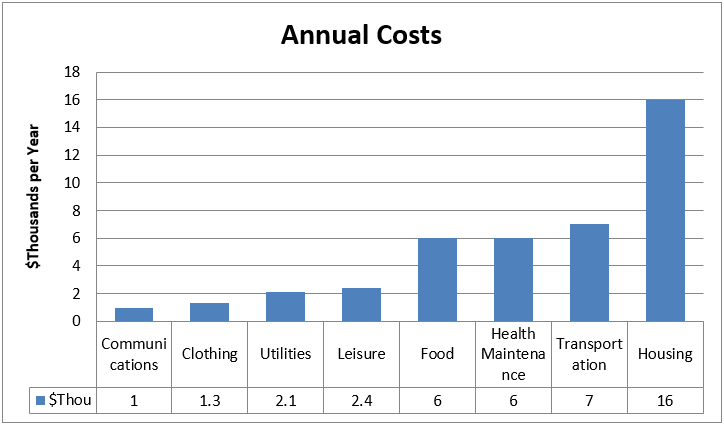 The average baby boomer has saved $152,000 according to the 19th Annual Retirement Survey of Workers conducted by the TransAmerica Center for Retirement Studies. The average Social Security benefit is $1,503 per month in 2020, substantially less than the average wage, which is approximately $3,668, according to the Bureau of Labor Statistics. Subtracting $18,000 in annual Social Security payments ($1503 X 12)  from the $42,000 average expense leaves $24,000 per year that will need to be paid from savings.

For simplification purposes, we’ll omit earnings on savings, and calculate how many years savings of $152,000 will last if you spend $24,000 per year for basic needs:

Savings will last just 6 years for the average boomer living an average life.

But averages don’t tell us that much. Let’s take a closer look at boomer wealth. Some are dirt poor, while others are mansion rich. All want to be psychologically healthy, as summarized in the following Maslow’s Hierarchy of needs: 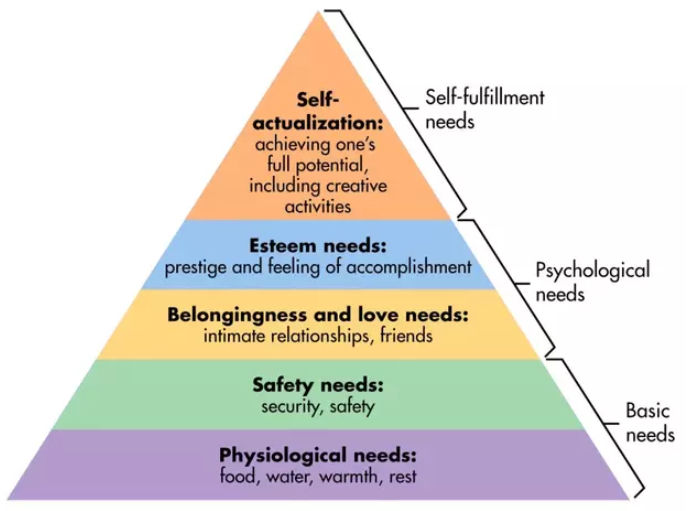 Money goes a long way toward fulfilling these needs, but that does not mean they cannot be met by poor people. They’re just more challenging for the poor. In the following, we discuss how people in three boomer wealth groups will be dealing with retirement and psychological health.

Hundreds of articles have been written about the current “Retirement Crisis.” People have not saved enough. That’s true for most baby boomers, but not all, as shown in the following table from DQYDJ. 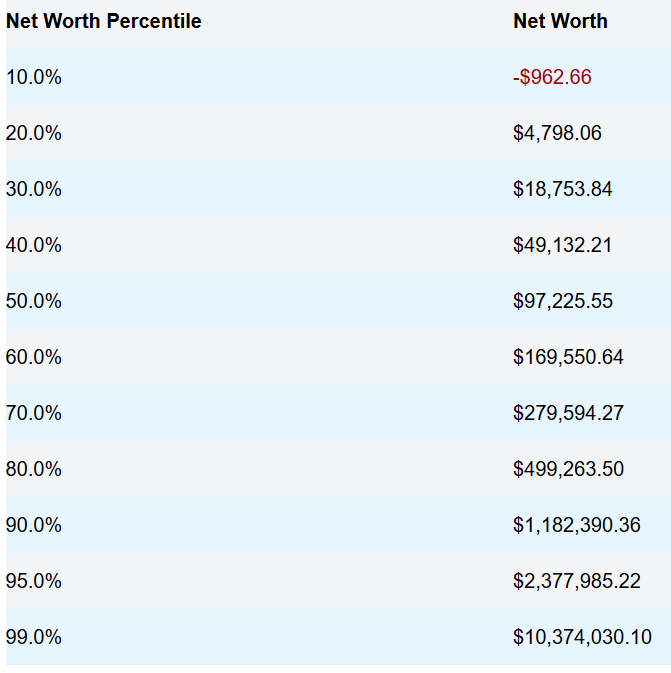 Here’s how to read the table. Starting at the top, 10% of boomers, which is 7.8 million people, have a negative net worth below $962. They owe at least $962 more than they’ve saved. The next group of 7.9 million boomers, at the 20th percentile, have a net worth below $4,798. Continuing down the table, we’ve estimated that $300,000 is the very barest minimum a retiree needs for retirement, so 70% of baby boomers who have saved less than $279,594 will have a tough time paying for their retirements. They are the ”Retirement Crisis.”

Accordingly, we define the “Poor” as the  70% of boomers with less than $300,000 in savings.  In the following, we discuss how these “Poor” baby boomers will live in retirement.   There are 55 million Poor baby boomers by this definition with a  collective net wealth of $5.5 trillion.

Next, we define “Middle” as the 25% of boomers with a net worth between $2 million and $300,000 in savings. There are 20 million Middle boomers with a collective net worth of  $20 trillion. If you’d like to know how these folks got to where they are, please download our free eBook How to Invest and Retire Like a Millionaire.

We define “Rich” as the top 5% of boomers with more than $2 million in savings. There are 3 million Rich boomers with a collective net worth of $30 trillion.

In the following, we discuss how these groups will live in retirement.

Our 55 million Poor boomers will need to find a way to live very frugally and to get the most out of welfare programs, Social Security, and Medicare / Medicaid. These folks are living entirely off of their Social Security checks day-to-day, relying on Medicare Advantage plans for their routine health care, and they will need Medicaid if they become seriously ill. It’s not pretty, but it is real. But Poor people can achieve Maslow’s hierarchy for happiness with a reasonable budget. Happiness is more than money.

Housing is the most expensive need, averaging $16,000 per year for the average boomer, or $1300 month, which is just $200 less than the average $1500 Social Security check. A Poor boomer would try to spend about half that average, or $650/month, leaving  $850 for other living expenses, which is about one-third of the $2100/month that the average retiree spends on non-housing. Keep in mind that the $850 residual also has to pay for utilities like gas and electric.

Maintaining housing costs below $650/month means you are limited to just a few cities and/or you’ll need to find a roommate or two. You would also try to find subsidized low-income housing,  but these properties are in great demand, so you’ll go on a waiting list and need to figure out what to do in the meantime. Here are some examples of cities with low rentals

These are not terrible places to live by any means, but they could take you away from family and friends.

Healthcare could easily become the biggest expense that the Poor boomer needs to deal with. Medicare Advantage plans cover most of the routine medical expenses a boomer might incur, but the subscriber has substantial co-pays.  If the boomer requires long-term care Medicare only pays for skilled and rehabilitative care after a three-day hospital stay; this excludes custodial care, the assistance someone needs for daily living. The Poor can claim Medicaid benefits if assets are less than $126,420, excluding your home, and you earn less than $56,000 per year. Coverage and eligibility requirements vary by state. Medicaid recipients assign most of their Social Security check to the nursing home providing the care.

The fragility of Social Security and Medicare is a serious concern for Poor boomers. Medicare is forecast to run out of money in 2026 and Social Security in 2029 (it was 2034 prior to Covid-19).  Something will be done, and the sooner the better. There’s a good chance that human decency will spare the Poor boomers at the expense of wealthier people and younger generations.

The recent Covid-19 relief checks issued to Poor boomers are especially important to them, providing a little breathing room in a usually tense situation. Poor boomers are also likely to continue to work as long as they can, although opportunities become increasingly limited with age.

Will society continue to care for its 55 million Poor boomers? Can it afford to continue?

Life is easier for our 20 million boomers who have saved between $300,000 and $2 million, but they are also most vulnerable to events that could move them into the Poor group, especially investment losses. Using the same logic as applied to Poor boomers, the average Middle boomer can afford $2800 per month for housing, leaving $4700/month for other expenses. For reference, nationwide rental fees average $1000/month, but some cities are much higher; average rents in Los Angeles are $2500/month and they’re $3500/month in New York.

For most of these boomers, savings are as high as they will ever be because paychecks have stopped, and spending has begun. Losses now mean less spending later, so lifestyles suffer and you could run out of money.  Middle boomers are in the “Risk Zone” spanning the 5-10 years before and after retirement during which investment losses change the rest of your life even if markets recover. Your main investment objective at this critical time should be to protect your savings.

The average Middle boomer with a $1 million net worth should be able to afford the basics, and some extravagances, but needs to be prepared for the big wild card – long-term care.  47% of men over 65 and 58% of women will need long-term care during their lifetimes, and the costs could be astronomical. There’s a 78% probability that at least one spouse will require long-term care. On average men will need 1.5 years of long-term care and women will need 2.5 years but many find themselves in long-term care for a decade or more. End-of-life medical care costs can bankrupt retirees. Dementia patients can expect to pay at least $300,000.

Medicaid is not an option for most Middle boomers. Your only options are to take your chances (self-insure) or buy long-term care insurance. The average long-term care insurance annual premium is $3,490, so if you end up paying that over the course of 25 years it's a whopping $87,250. However, that sort of premium might buy you over $666,000 in coverage, according to the Long-Term Care Insurance Price Index. Should I Buy Long Term Care Insurance is a good guide for making this complicated important decision.

Like the Poor boomers, Middle boomers should be concerned about the viability of Social Security and Medicare because the benefits might be reduced.

You would think that this group of 3 million boomers with savings above $2 million would have no care but you would be wrong. Rich boomers are accustomed to their nice lifestyles and want to leave some of their wealth to their kids and grandkids. Three things can spoil their joy: serious investment losses, high inflation, and critical illness. These boomers can take good physical care of themselves to ward off and treat critical illnesses. They can also take good care of their savings by protecting them from losses, especially in the Risk Zone, and by insulating savings against inflation.

One of the many fixes to Social Security and Medicare is a needs test that many Rich boomers might not pass, but this will not matter much to them. 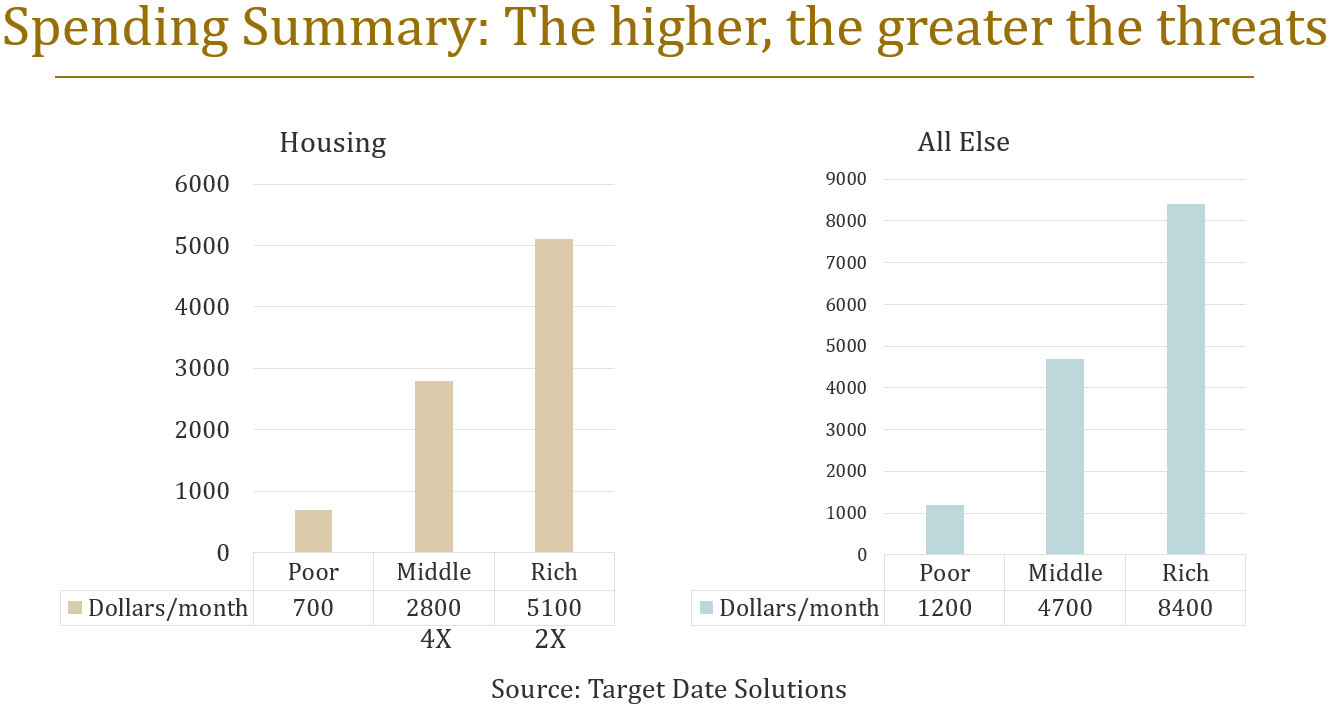 Poor baby boomers can live reasonably well but they will rely heavily on Social Security and Medicare/Medicaid. In many countries, they would be considered wealthy. The biggest concern for Middle boomers is long-term care because most will require it. Rich boomers need to focus on staying rich.

Will Social Security and Medicare survive

The Office of Management and Budget (OMB) routinely reports that Social Security and Medicare are running out of money, as summarized in the following table.

For perspective, the official national debt is around $23 trillion. Social Security and Medicare are “off-balance sheet debts.” There are remedies to these bankruptcies, but the longer Congress waits, the harder it will be. Most believe that current recipients will be spared reductions in benefits. Nonetheless, baby boomers should be prepared.

There is a Retirement Crisis in the U.S. affecting 70% of our 78 million baby boomers. The good news is that these Poor boomers will probably make it through alright with help from their families and America’s social programs. All baby boomers need to protect themselves against illness,  investment losses, and inflation. The greater the savings, the greater the threat.

In the next chapter, we discuss getting the most out of Social Security and Medicare.